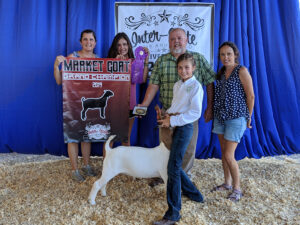 COFFEYVILLE, KANS. (August 14, 2019) – There’s a goat in Coffeyville getting some extra treats tonight.

Shaggy, who also goes by the name Shaggy-licous, is getting extra cheddar Goldfish crackers tonight.

That’s because he won his owner and caretaker, Izzy Lewis, Grand Champion Meat Goat at the 2019 Inter-State Fair.

Lewis, who lives near Bartlesville, Okla. never thought Shaggy would amount to much. His conformation just wasn’t what it should have been. “At first, when we got him, we thought he wouldn’t be very good,” she said. At his first show, he got last in his class.

But after being shaved, “he looked great,” she said.

The twelve-year-old girl worked hard with Shaggy. “I worked him every day,” she said. She made him do the correct stance, setting his legs properly, worked on him so he didn’t jump, and other things. “The key to (winning a championship) is genetics, but it’s also to make him look good.”

She also put Shaggy on a goat treadmill. Three times a week, for between three to five minutes, Shaggy walked on the treadmill.

She and Shaggy played together. She would tap him, take off running, and he would follow. “He’ll do these stupid jumps in the air,” she said. “It’s great. It’s so cute.”

Izzy will be a seventh grade student at Dewey (Okla.) Middle School this fall, where she is a member of the Academic Bowl team, will take pre-algebra this fall, and loves to write.

At the Inter-State Fair, she also showed a second goat and a pig.

This is the second grand champion for her. Three years ago, she showed another goat named Stubby who was grand champion. The second win was just as special as the first one. “The win is still the best feeling ever,” she said. “The first time, it was just so unexpected. You go out there, show your goat, and it’s crazy. I started crying the first time. I was so happy. It was tears of joy.” The second time, this year, there were no tears. “It’s like, you’re out there, and you don’t know if the judge is going to pick you. You’re thinking, I’ve done it before and maybe I can win it again.”

And after Shaggy has extra cheddar Goldfish crackers (he won’t eat the ordinary ones, they have to be extra cheddar), Lewis will treat herself at the fair. She’ll do some shopping at the vendors, ride a few carnival rides, and eat a corndog.

She is the daughter of Jamie and Carrie Lewis.

Sponsor of the goat show at the Inter-State Fair is the Labette Bank. Judge of the show was Roger Miller, Ft. Scott, Kan. Results of the show follow. 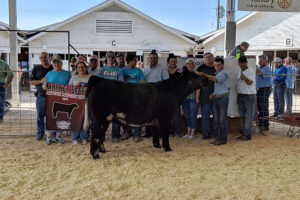 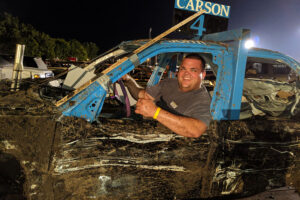 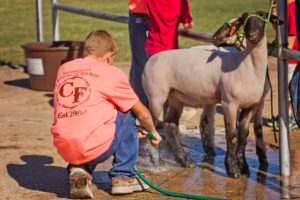 Changes are coming for the livestock shows at the Inter-State[...]