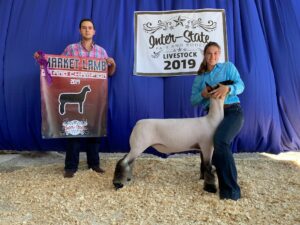 The seventeen-year-old girl, a resident of Copan, Okla., has been showing at the fair in Coffeyville since she was ten years old.

She has shown sheep and goats, and loves animals. “I’ve been around animals my whole life,” she said, starting with bottle calves when she was young, and including horses and the goats the family raises.

She will be a senior at Copan High School this fall, where she will continue an internship she started this summer. During the school year, she will work from 7 am to 11 am each day at Conoco Phillips in Bartlesville, working in the information center on application rationalization, reducing the number of unused applications within the company.

In her last year of high school, Blum’s classes include composition 1 and 2, chemistry, and college algebra. She is a pitcher for the Copan High School softball team, vice-president of her school’s FFA chapter, a member of the National Honor Society, and on the Superintendent’s Honor Roll.

After high school, she will attend college and work towards a pre-veterinary degree with a minor in business.

She loved working with her sheep this summer. “I put the work into him,” she said. “I poured the feed to him, made sure he was exercised, and made sure he always had fresh water and hay every day. I worked with him every single day.”

Blum is the daughter of Martin and Cory Blum. She has a younger brother, Simon. 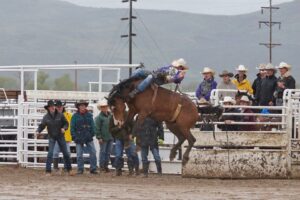 A Coffeyville man will be a competitor in the Inter-State[...] 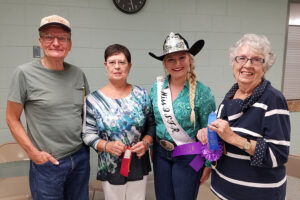 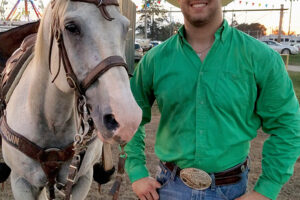 A College National Finals Rodeo champion has taken the lead[...]